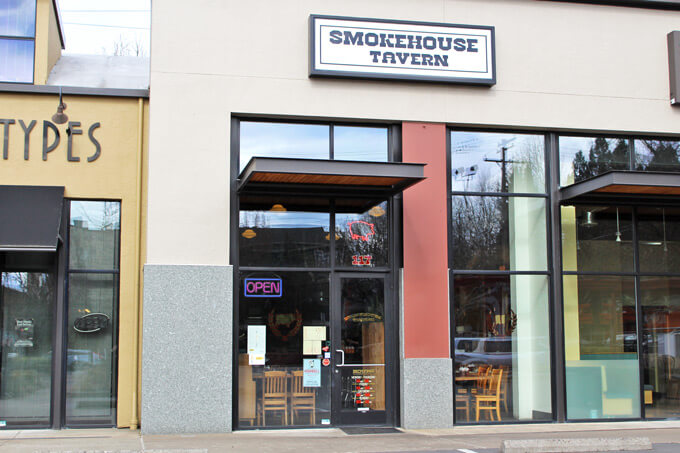 Have you ever wanted to dine on barbecued meats in a room full of mirrors and preserved animal busts?  No?  Well, you really should try it sometime.  The only place I know of to have this splendid experience is Smokehouse Tavern off of SE Morrison in Portland.  And yes, Smokehouse Tavern is in a strip mall, but don’t let that deter you, good barbecue can be found within the narrow confines of its walls. 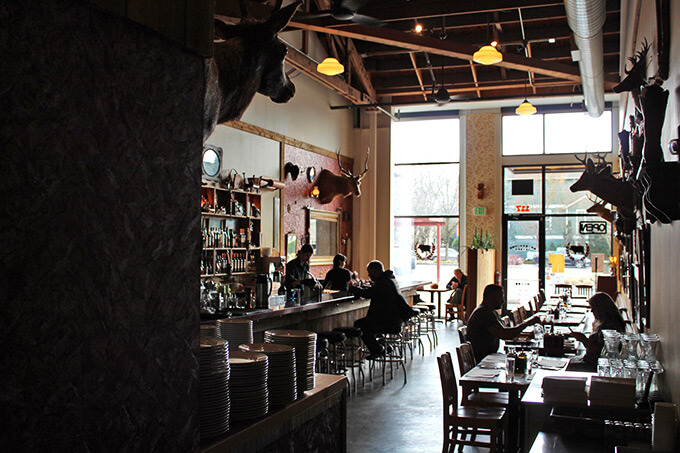 Chef B.J. Smith opened Smokehouse Tavern in early 2015 and it has been a popular spot for chowing down on barbecue and kicking back a few drinks ever since.  This isn’t Chef Smith’s first rodeo either; he is also chef/owner of Smokehouse Provisions and Kim Jong Smokehouse — clearly, he has a thing for smoke.  Smith also competed on Top Chef and has done time in the kitchens of Le Bernardin, Paley’s Place, and Veritable Quandary; to name a few.

Culinary pedigree aside, what matters here is the barbecue and it’s easy to discover good eating at Smokehouse Tavern.  Brisket fans will find tender slices of heaven and a gorgeous smoke ring beneath a thick peppery bark.  The flavor of the meat shines here, but a whisper more salt would do this brisket right. 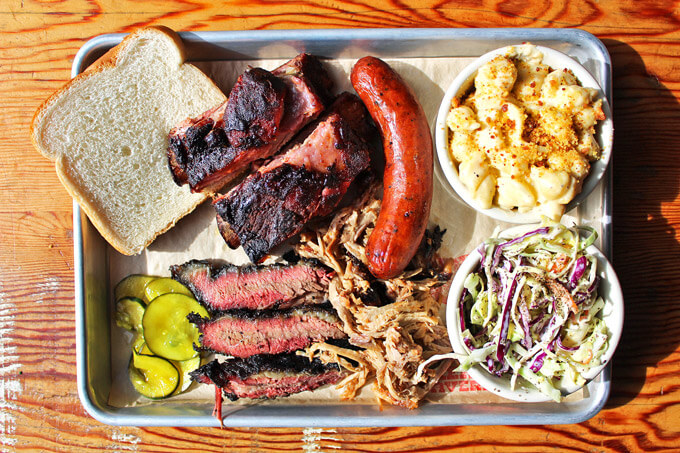 Maybe ribs are your thing.  If so, then get ready for ribs with character — these aren’t your unnaturally tender Texas crutch ribs.  These meaty spareribs have a crusty paprika rub that’s sweet, with a spicy finish, requiring just enough of a toothsome pull to separate meat from bone.  Smokehouse Tavern offers other porcine delights too.  The succulent pulled pork is smoky and mixed with crispy bark.  Shower it with the perfectly balanced vinegar sauce to send this pulled pork over the top.  If you can endure a little heat, the aggressively spiced smoked sausage delivers.  It starts out deliciously porky and sweet with a heat that builds over each juicy bite.

The only animal that fails to satisfy is the smoked chicken, which is tender and juicy, with a crisp skin, but somehow bland.  Still, it’s better than most other barbecued chicken in these parts, which are frequently dry as a bone. 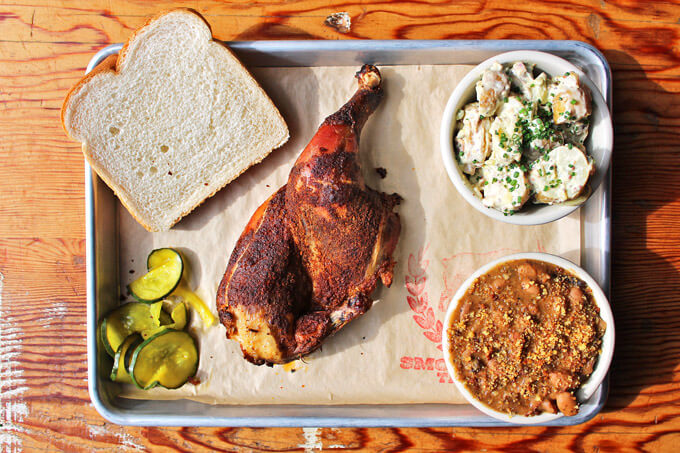 Sides at Smokehouse Tavern take a ride in the backseat, but they still manage to complement the barbecue well enough.  The mac & cheese is full of tender shells coated in a thick and creamy sauce with a breadcrumb adornment that makes for a crunchy contrast, but needs a sharper bite.  The barbecue beans are almost creamy, with meaty shreds of pork and the unexpected tang of lemon — good flavor, but a little heat would have rounded these out nicely.

The fingerling potatoes, with bacon and chives, linger on the idea of a baked potato, but the minced pickle, red onion, and soft pops of whole mustard seed on the tongue bring you back to potato salad.  Bitter, limp, and dull, the coleslaw departs from the quality of the other sides, but if you are feeling up for dessert, a smoked chocolate pudding will help you forget all about that — it’s like velvet in a jar. 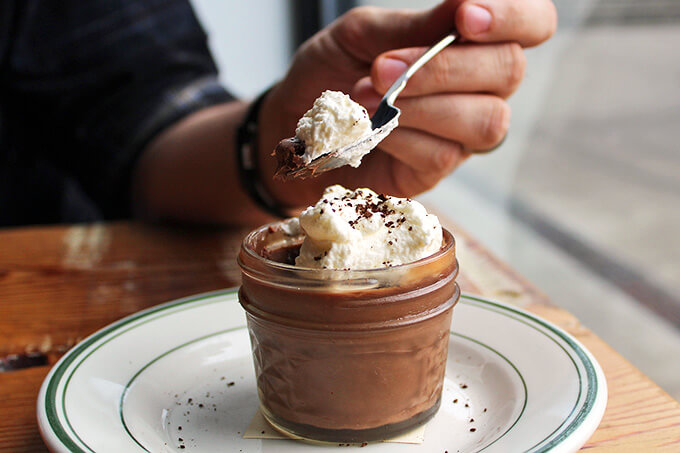 Good barbecue has proven elusive in Portland, but Smokehouse Tavern is one of a few joints that can satisfy those smoky cravings.  The next time you are jonesing for some ribs, drop on by, admire the taxidermy, and eat barbecue. 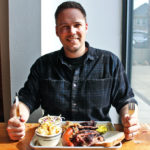 Hi, my name is Clint.  As you might have guessed, this is a blog about barbecue.  Specifically, this is where I scribble down my ideas about what constitutes good barbecue and how to make it.  I'm not ...